My main WordPress site is my homepage, Skyfaller.net. I don’t update that site often either, but at least it has been updated since 2006 😉

One of the great things about medieval art and architecture is that people just went in and did things. They didn’t build models and scale them up, building great cathedrals and abbeys was a learning process as much as anything else. This means many of these apparently perfect aspirations to the Heavenly Jerusalem have some often quite comical mistakes, corrections and bodge-jobs that once you see, you can’t unnotice. There do seem to be a few more of them in English architecture than anywhere else, that makes it all the more fun to study… 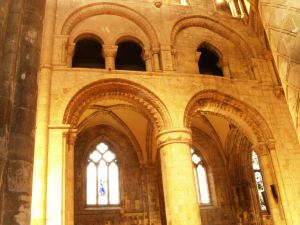 Ok even I know arches don’t look like that

Just a bit of settlement abbot, nothing to worry about

I don’t know why we even bother sometimes 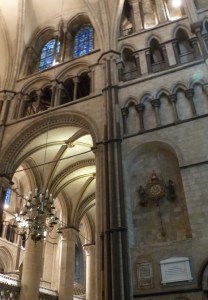 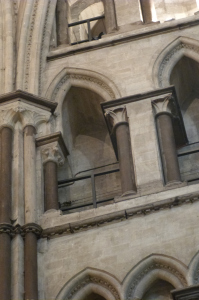 Uhh, master William, we’ve had a small problem in the…

Check out Debate Free Culture, it’s going to rock the free culture community in no time at all.

I decided in favor of recommending WordPress.com, so Adam Lizzi and I have started a gaming blog over at alassca.wordpress.com.

I’m trying to decide whether to recommend this service to Adam for his gaming blog or not… what do you think?